The trial period has expired please purchase if you like to continue using the theme.
Local Game Store Conference Guest Speaker - The Pokémon Company 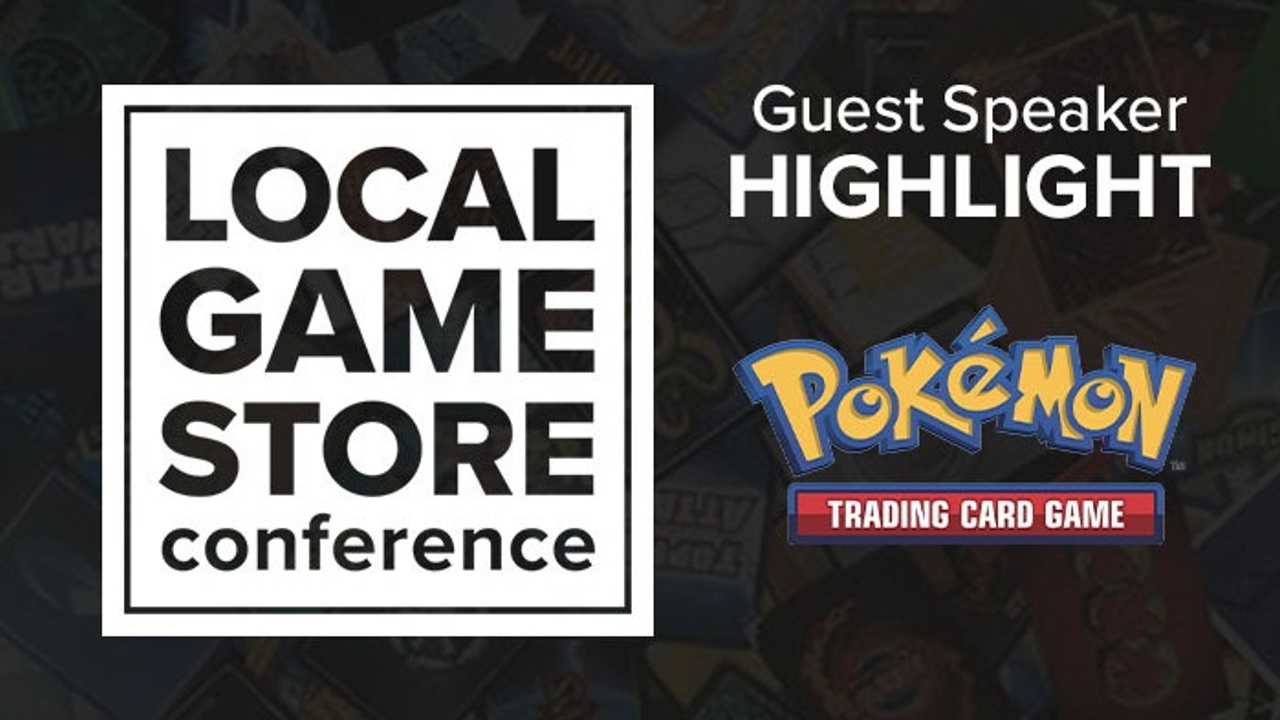 The CFB Group and BinderPOS are elated to be welcoming The Pokémon Company to the Local Game Store Conference for the first time! Founded in Japan in 1998, LGSCon attendees may know The Pokémon Company best for Pokémon Trading Card game, which they have overseen since 2003.

The company does a lot more than that, managing the entire Pokémon brand, including the games, manga, and anime. They are some of the most popular entertainment properties on the planet and have been for over twenty years.

After taking over the trading card game from Wizards of the Coast, who brought it to the US in 1999, the game has continued to captivate fans with new card styles, the latest Pokémon from the video games and excellent integration between physical and digital collections.

In Pokémon Trading Card Game, players take on the role of a Pokémon trainer, sending their Pokémon into battle against their opponent. It is relatively simple to learn, but has an enormous level of strategic depth, which appeals to the casual and competitive player alike.

As of Spring 2020, Pokémon TCG was the most popular collectible game in the United States, according to ICv2, and accounts for over three quarters of the European trading card market.

Game Director Atsushi Nagashima is strongly focused on the physical product, saying in 2017, “you just don't get the same feeling with digital-only products and that's what makes the Pokémon TCG so special and mean so much to its players. Our current focus remains on creating the best physical product that we can for our players.”

There are almost 100 total sets released in English, (fun fact, that is more than in Japanese) and the game has been published in 13 languages, with over 30 billion cards printed. A robust organised play structure ensures a high level of competition, driving demand for new cards and strategies.

The popularity of the TCG has exploded in recent years, particularly among collectors. Celebrity interest, exciting cards and a strong element of nostalgia have given the game a boost in popularity.

A copy of one of the rarest cards, Shadowless Holographic Charizard, sold for over $220,000 in October of last year, and sought-after cards can fetch extremely high prices – even the latest sets have secret rares that have a strong appeal for collectors.

Pokémon is a household name and with new video games and TV shows drawing more fans every year, The Pokémon Company is going from strength to strength, and Pokémon Trading Card Game both benefits from, and contributes to that success.

Don’t miss out on the valuable information you can learn from this long-lasting industry leader! Registration for the second Local Game Store Conference is free, and open now. Complete your registration here.